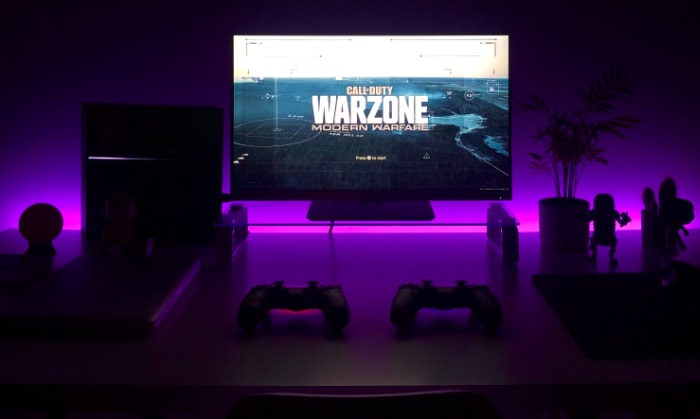 Whether they’re new or diehard, Gamers are always on the lookout for the latest in the gaming news. And today, we’re discussing two of the most popular genres when it comes to gaming, FPS and RPGs.

While this article is primarily intended for new entrants into the gaming world, seasoned players can also give this article a read, since we’ll be mentioning some of our favorite picks.

Chances are, you might find a diamond in the rough!

So, without further ado, let’s get into this article!

What Are FPS and RPG?

Let’s talk about what these genres are and how they’re different from each other.

FPS, or First-Person Shooter, is a genre in which the player’s view is directly from the eyes of the character they’re playing. You get a first-person view, hence the name “FPS.”

FPS games can be really fun, and they usually have a linear story. This means that you can deviate a lot from the plot that the developers have planned out for you.

You’re generally there for the ride, and while that may sound unappealing to some, it’s actually a really fun and involving experience!

RPG, or Role-Playing Games, essentially make the game work around your choices. You can usually customize your own character and make a collection of different plot-related decisions in the game.

These choices actively affect how the game plays out and can affect the ending as well.

RPGs have more features as well that are affected by player choices. Certain dialogues have different options that you can choose based on your personal preference.

Side quests are a major part of RPGs, where you complete quests that are running alongside the main storyline.

In short, there’s no competition.

Comparing FPS vs. RPGs is like comparing apples to oranges. Both are unique in their own way, and there are numerous instances where both are combined within a game.

That’s not to say that it reduces the gaming experience. Rather, many FPS RPG games turn out to give the player a unique experience!

That being said, we’ve compiled some of the best games, in our opinion, that is sure to be an amazing experience for gamers. These games also check the boxes for both RPGs and FPS games!

Our Picks for Memorable Games

We’re going to mention some of the best games we’ve played and won’t be leaving any spoilers, so don’t worry!

However, the studio has been working nonstop to fix that, and the latest updates have indeed turned the game into a great one.

You can customize the story and character from the beginning and choose to play from different backgrounds. This was an almost unique feature that we don’t usually find in games and was a great initiative by Projekt Red.

The game’s mechanics are smooth, and you can easily find yourself immersed in Night City’s alluring vibe, with memorable companions, and much, much more!

Bioshock has got to be one of the most immersive and well-written games we’ve ever played.

The whole plot dances around the concept of how utopian societies can become hellish and how one’s belief in good can lead one to do terrible things.

The games explore different unique settings, emphasizing steampunk environments (which is another genre!).

You can explore well-thought-out maps, with numerous opportunities to learn the lore and context of the game you’re playing!

While the story is quite linear, and you can only change partial parts of the story’s ending, we would recommend this series to any budding gamer!

Players familiar with the longstanding series will enjoy the latest addition to the franchise, which only recently became available on Steam for PC.

A game focused on gods and mythology, the main character is Kratos, the god of war.

This game is extremely different from the previous installments and is heavily focused on immersion and plot building.

The whole game is shot in one camera take, meaning that there is no moment when the game transitions to a cut scene or prerendered graphics! Everything you experience is made on in-game graphics!

This game’s lore and storytelling are almost perfect, and we would definitely recommend readers to try this game, even if they haven’t played the previous parts.

We’ve chosen to combine these two memorable first-person shooters since they have similar gameplay but deserve to be mentioned.

Several parts of both games deserve to be played, and we loved the Call of Duty Modern Warfare series, which had memorable characters and a pretty good storyline.

Battlefield also has some notable mentions and is a great FPS that you should try out.

Both these games have multiplayer, and it’s that which is most sought after these days.

You can have tons of fun playing with friends and enjoying the immersive environments with smooth gameplay mechanics!

While this game came out 12 years ago, it has a cult following, with good reason. There are tons of arguing whether this is the best entry in the Fallout series, and we would definitely choose this as the best FPS/RPG.

This game’s story-building and lore are unparalleled, and player choices affect everything.

You can choose between different factions, decide to be good or evil, and fight for your choices in the post-apocalyptic world of New Vegas!

While the gameplay mechanics might seem a little old to newer players, we would recommend this game to everyone since we’ve played and ended it about five times!

While we obviously can’t list all the games worthy of mention, since that would take a few hundred pages (or even more!), we hope the games mentioned above provide a great gaming experience for you!

Hopefully, you’re well aware of the difference between FPS and RPG and are well on your way to playing great games!