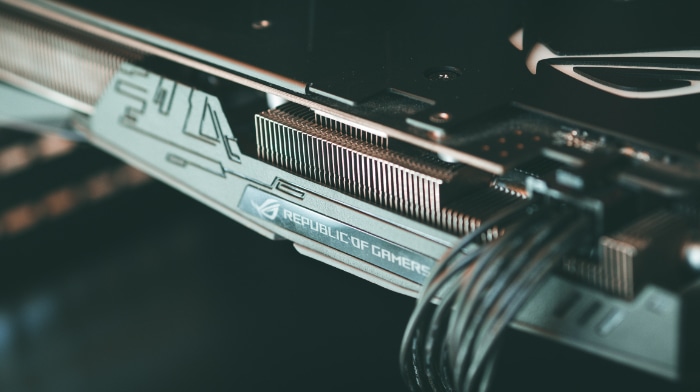 If you’ve stumbled across this article, you’re probably debating whether you should get a gaming PC or a laptop. We say this because this is usually when people want to compare the internal hardware of PCs to laptops.

Today, we will help you understand the key differences between a desktop and laptop GPU and explain why a desktop GPU always works better than a laptop GPU even when their model name/numbers are the same. Let’s begin.

Before diving into this discussion, let’s quickly refresh our understanding of what GPUs are, what they do, and how they differ from CPUs.

A piece of hardware happens to be one of the most important parts of computer hardware- especially one that has to deal with a lot of graphics computing- because it has to process whatever visuals you see on screen and make them appear better.

GPUs originally were only used to render 3D graphics, but nowadays, their usage has extended to include games, graphic design, high-resolution video editing, and more.

Many people often get confused between CPUs and GPUs and wonder whether these two are the same. Indeed, these parts have many similarities, but at the end of the day, they are different from one another.

Besides having a similar-sounding name, a GPU is similar to a CPU in terms of its purpose- both parts compute multiple data streams simultaneously. The difference is that GPUs specifically take over all of the graphics-related workloads, while CPUs handle the general workload of your system.

Differences Between Desktop and Laptop GPUs 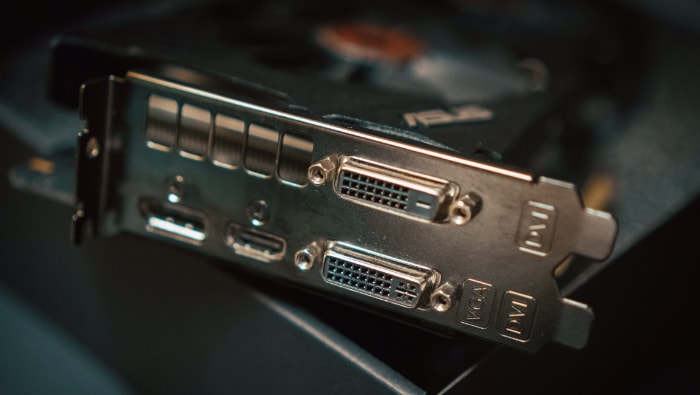 As we mentioned earlier, desktop and laptop GPUs serve the same function- they only vary in terms of scale/power; desktop GPUs are better at what they do.

With desktop GPUs, you can edit 3D files, play games, and do many other things that laptop GPUs would struggle to do. This is not only because laptops are compact devices, and therefore there is little air circulation (compared to desktops) to cool down GPUs when they heat up, but also because laptop GPUs are built smaller because they have to fit into a smaller space.

Furthermore, desktop GPUs tend to be more modular, meaning that each part of its structure is made separately so that it works better. On the other hand, laptop versions are usually built-in due to space restrictions.

Gaming laptops have bigger GPUs than regular laptops. However, they’re still no match for gaming PCs, which capitalize on the enhanced cooling system that their space enables to deliver better performance.

Desktop GPUs have faster clock speed because they take up more space, allowing for a better cooling system that works effectively during power-intensive tasks.

One question that people often has is whether they can upgrade their laptop GPUs. To their disappointment, you can’t do it. Laptop GPUs are intricately connected to other internal hardware, and attempting to change their GPUs will risk damaging something and rendering your laptop dysfunctional.

On the other hand, you can upgrade your desktop GPU. As we mentioned earlier, desktop GPUs are pretty modular- you can easily remove your current GPU and attach a newer model.

You will often see gamers or video editors buy the latest GPUs and attach them to their PC setup. This allows them to stay at the top of their game without having to buy an entirely new PC setup every time they want more processing power.

Many desktop and laptop GPUs share the same model name/number. This may mislead you to think that both of these GPUs must be the same. This is not true. While both GPUs may share the same name, their structure varies from one another.

The design of a desktop GPU will always differ from that of a laptop GPU. This ultimately translates into performance differences as well, i.e., laptop GPUs will always run slower than their desktop counterparts.

This may be pretty obvious, but the price is one key difference between laptop and desktop GPUs – even when they are the same model. This is because, as we mentioned earlier, there is a performance difference between these two kinds of GPUs.

Since desktop GPUs are far better than laptop GPUs in almost every aspect of comparison, they tend to be significantly more expensive than Laptop GPUs. Are they worth the extra coins? Well, the answer to this question will largely depend on you, i.e., your usage, processing needs, budget, and more.

This problem does not exist with the dedicated or “discreet” graphics cards, which have their own CPU. This means that these cards process your data using their own CPUs, taking the workload off of your system’s CPU.

Desktops have discreet graphics cards, which is one of the reasons why they are always better than laptops in terms of processing graphics.

Here is a quick list of pros and cons for integrated vs. dedicated GPUs

Here are the pros and cons of dedicated GPUs:

Can I Get an External GPU for My Laptop? If So, Would It Be Worth It?

Yes, you can definitely get an external graphics processing unit for your laptop and plug it in to get that extra processing power you want. This practice is pretty common among people who work with graphics, i.e., graphic designers, 3D modelers, video editors, and gamers.

This practice is an easy way to up your computing power without having to buy a costly desktop setup. There are, however, some drawbacks you should take note of.

First, even if you get the top-notch dedicated graphics for your laptop, you will still not be able to compete with PCs because your laptop will be limited by the rest of its internal hardware, i.e., CPU.

Secondly, in some cases, you need to spend a lot of extra money on getting a cooling system for your dedicated graphics, which will put a strain on your wallet.

To conclude, while desktop and laptop GPUs have pros and cons, desktop GPUs always outperform laptop GPUs in terms of function. So, if your priority is performance and you have the budget, you should always go for a PC setup to perform your GPU- intensive tasks.