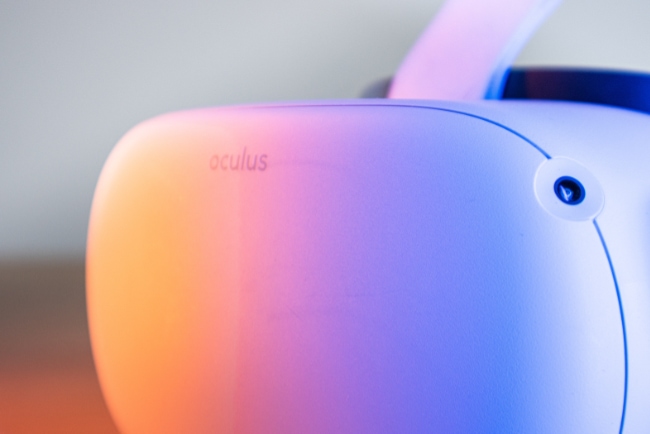 Virtual Reality. Roughly eight years have passed since these words turned heads at every convention when they were announced. Unfortunately, these words still seem strange to some who still haven’t been able to truly experience it, either because it’s too advanced compared to conventional screens or just plain expensive.

But those who have been able to get a taste of the thing can’t get enough of it. With more and more AAA titles being launched in the VR category, not to mention the huge number of apps (Netflix, YouTube, to name a few) already available, the possibilities are near endless. Or pretty damn close.

But not everyone can break the bank for a VR experience, and that’s why this review is going to help you decide whether a new headset is worth it or not. This review compares the HTC Vive (the OG, so to speak) with Facebook’s new and improved version of the Oculus Quest 1, the Oculus Quest 2.

Let’s start on the most important factor in a VR headset. You’re going to be strapping this device onto your head for at least a few hours and want a display that is vivid, easy to read, and doesn’t cause eye strain after continuous usage.

The Vive comes with a dual OLED display with a 90Hz refresh rate, offering an acceptable 1080×1200 resolution per eye. In contrast, the Oculus Quest 2 offers a single LCD panel with an 1832×1920 resolution per eye at an inviting 120Hz.

In terms of resolution and refresh rate, the Oculus Quest 2 outperforms the Vive. The clarity in the small text is noticeable, and the refresh rate experience is slightly better, though not noticeably better to the untrained eye.

The Vive’s advantage against the Quest 2 is mainly that the Vive has a separate screen for each eye and an OLED display. OLED, or organic LED, uses natural materials to emit light, which results in less power consumed, improved color accuracy, and extremely deep blacks.

However, the Quest 2’s LCD panel can fully display RGB colors, and only users with a love for complete color accuracy might prefer the Vive’s OLED.

However, a big complaint from some users is the Oculus’ choice of the panel. Having a single LCD instead of separate displays for each eye causes issues with users with extreme IPD.

IPD, or interpupillary distance, is the distance between the eyes of a person. Some users with extreme IPD might notice a slightly blurry effect in the area around the center of the display.

Many different VR headsets cater to this by offering dual displays, which are adjustable to provide a clear experience for every person. But the Oculus Quest 2 falls short as it only offers three settings (58mm, 63mm, and 68mm) for IPD adjustment, and these have to be made manually by pressing hard on the lens. Although some users might not have an issue with this, constantly changing the setting and cleaning the lens afterward might become a hassle in the long run.

The biggest difference in accessibility is that the Vive is a tethered device, while the Oculus Quest 2 is wireless. A tethered device requires a constant connection to a computer or entertainment system to be used, and some users might find this to be annoying. However, with the Oculus Quest 2, users can roam around while enjoying their favorite games and movies.

Next up is hardware requirements. The HTC Vive requires a complete PC setup, along with two base stations (boxes that shoot infrared rays to your headset and controllers for tracking purposes) to be used. The PC requirements are listed as follows:

The Oculus Quest 2, on the other hand, comes with an inbuilt processing system (consisting of a Qualcomm Snapdragon XR2, 6 GB RAM, and 128 GB storage) and is a plug-and-play device that requires a Facebook account to get started (this aspect is going to be covered later in the article).

The Oculus Quest 2 also offers users the option to link their computer to the headset via the Oculus Link cable, allowing for more computing power (required in heavier applications and games).

Now let’s talk about the biggest red flag for the Oculus Quest 2. The Quest 2 requires the user to make a Facebook account to use the device.

This means that users’ privacy might not be that safe anymore. In the case of one user blocking another, Facebook moderators might start monitoring the situation. This involves your speech, motions, along with any activity on the device being recorded without you knowing it.

Facebook is also fighting against burner accounts (accounts used to post anonymously) by allowing access only to profiles with real names. While Facebook is still figuring out how to instill these policies without ruining the user experience, one can only imagine what sort of restrictions we might face in the future.

While Facebook may call this necessary to provide a safe and secure environment, it’s an invasion of privacy. So unless you have no issue with your personal information being in the name of security, then, by all means, go ahead with the Oculus Quest 2. 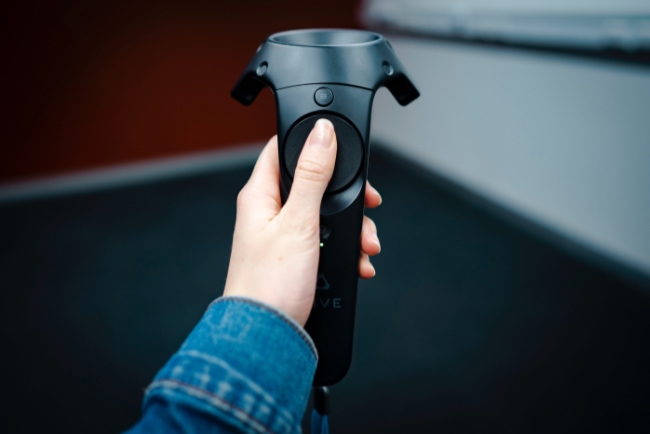 The wireless controllers are also reported to have slight latency, meaning a lower response rate, which might be negative for some gamers.

The battery life of the Quest 2 is around 2-3 hours, whereas the Vive doesn’t require charging, as it is connected to your computer.

Before a decision is finalized, let’s list down all the pros of both headsets.

The balance certainly seems to be in favor of the Oculus Quest 2. If you’re not that worried about the potential privacy issues, then the Quest 2 offers the best bang for your buck.

The price tag, better display resolution (although the Vive’s OLED display would provide deeper blacks and better contrast), and the standalone experience of the Oculus Quest 2 make the device the better investment by far.