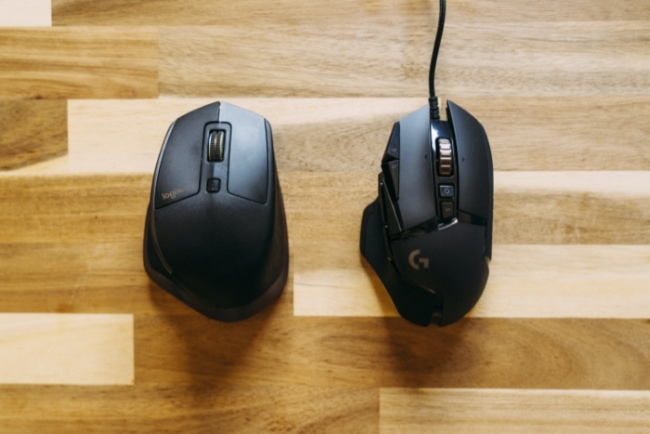 What should you look for when deciding between a wired and wireless mouse? The answer may not be as straightforward as you think. Wired mice, which use a cord to connect the mouse to your computer, have long been thought of as more reliable than wireless mice. Yet today’s technology has changed all that.

The popularity of wireless mice has skyrocketed in recent years. But what are the benefits and drawbacks of each type? And which one should you choose? Let’s find out!

What Are Wired Mice?

Wired mice are the traditional type of mouse. They are connected to your computer via a cord that plugs into your USB port on one end and the mouse on the other.

Wired mice have been around for ages, but they’ve definitely evolved over time. The shape and design of the mouse allow for easy movement and an intuitive grip that makes your hand feel comfortable.

The cord attached to a wired mouse is typically long enough so you can have plenty of room to move it around without being too close to the computer itself.

What Are Wireless Mice?

Wireless mice are a type of mouse that does not require a cord to work. This kind of mouse uses radio frequency or short-range wireless communication, such as Bluetooth technology, between the receiver and your device. The receiver can be plugged into your computer via a USB port.

Pros and Cons of Each Type

Wired mice are typically more accurate than wireless ones. This is because, in wired mice, the cord provides a direct line from the mouse to your computer.

With wireless mice, there are several spots for interference during the transmission of data back and forth between the device and receiver if they are not correctly aligned or sufficiently close together.

Wired mice also have less latency than wireless ones because they create a more immediate connection between your computer and mouse.

You don’t have to worry about recharging wired mice, but you will need to change or charge the batteries in wireless ones from time to time. This can be annoying when it happens because the last thing you want is for your mouse to stop working when you’re in the middle of something important.

Wired mice are typically cheaper than wireless ones, which tend to be more expensive due to their need for batteries and other internal components.

Wireless mice offer convenience because they free your computer area from all those extra wires that can get tangled or torn. You can also use your wireless mouse at a greater distance from your computer than you would with a wired one.

If you’re using your computer or laptop in an area without a lot of room to move around, then wireless mice are the way to go.

Which One Is Best for You? 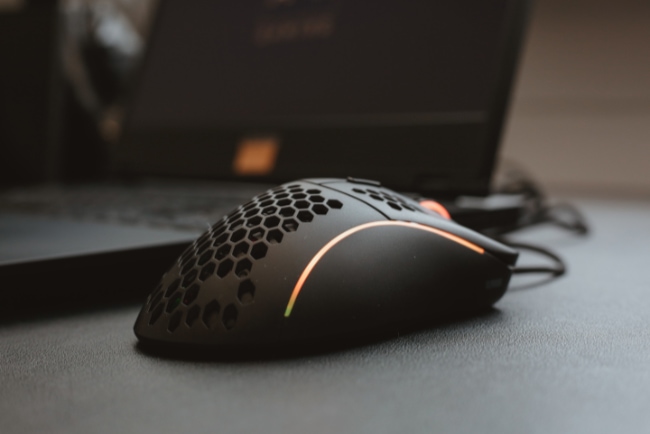 When it comes down to whether wired or wireless mice are better in general, the answer really depends on what you want out of your device.

Wired mice typically offer higher performance because they create an immediate connection between your computer and mouse without interference from other signals.

However, if you’re looking for the ultimate in convenience and minimalism, wireless mice are definitely a good choice.

What to Consider When Purchasing a Mouse

The Size of Your Hands

The type of sensor your mouse uses can affect performance. There are two main types, optical and laser. Laser mice tend to be more accurate than optical ones at higher speeds when used on certain surfaces, but they’re typically better for gaming rather than doing work.

While optical sensors also have a high maximum speed, they’re generally better for performing everyday tasks and gaming. Most people prefer optical sensors since they are more reliable and responsive.

Another factor to consider is how many buttons your mouse has. Some mice, such as the Logitech G502 and Razer Naga Trinity, have lots of programmable buttons, which can be very useful if you like macros or hotkeys for gaming since it allows you to map several different functions to a single button.

If you’re looking for a mouse mainly for gaming purposes, then having extra programmable buttons can definitely come in handy.

However, most people don’t need all these extra buttons, and they can get in the way of productivity. 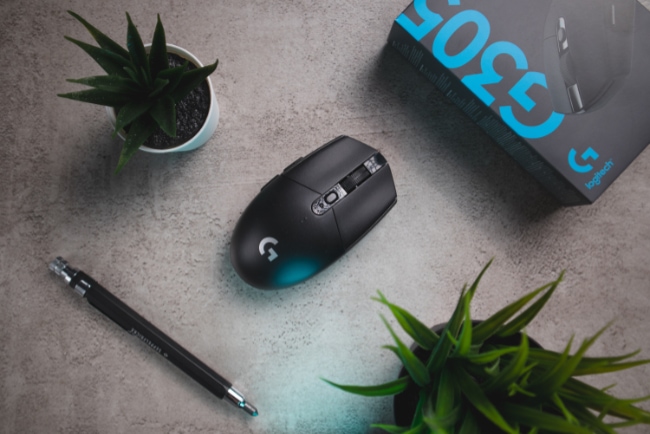 Weight is also something you want to keep an eye on because some people prefer heavier mice while others find them uncomfortable or difficult to use over long periods of time.

If you’re going to be using your mouse for long periods of time, then a lighter one might be better since it won’t strain your arm as much.

The shape and design of your mouse can also affect performance and comfortability.

If you have a larger hand, then the shape of your mouse might affect how well it feels in your hand. There are two main shapes for mice: ergonomic and ambidextrous.

Wireless mice need to be charged or have their batteries changed from time to time, just like your phone does. This can become a hassle, but it’s typically not too big of an issue for most people.

Mouse prices can vary widely depending on the features you need and want.

If you only require a basic mouse with a few extra functions, then you should be able to get one without spending too much money, but if you want higher performance or other special capabilities such as adjustable weights or very precise sensors, be prepared to pay a little more.

This is essentially a personal preference that comes down to comfort rather than anything else.

Some mice offer different styles of grip such as palm, claw, and fingertip to accommodate various hand shapes and sizes or preferences regarding how many contacts should exist between your fingers and palm with the mouse itself.

There are many different factors to consider when you’re purchasing a new mouse, but it really boils down to your personal needs and preferences to get the right one for you.

While some mice might be better than others at certain tasks thanks to specific technical specifications or special capabilities, there isn’t necessarily an overall “best” mouse on the market.

Even though wireless mice are better in some ways, they’re not always the best choice for everyone. Some people don’t like how easy it is to lose or misplace these kinds of devices since there’s no cord attached to them. There have also been instances where gamers felt that their wireless mice were too slow compared to wired ones.

However, there are many reasons why wireless mice have become the preferred choice of most people who like to use a mouse with their computer or laptop devices. Their convenience and ease of movement are hard for some people to resist. And they’re great if you’ll be using your device in an area without enough room for lots of wires.

In the end, it really comes down to personal preference. What do you like best about each type of mouse? Do your research and find out which one is right for you before making a purchase. Doing so will make sure that you get the most value for your money and enjoy using whichever mouse better suits your needs!