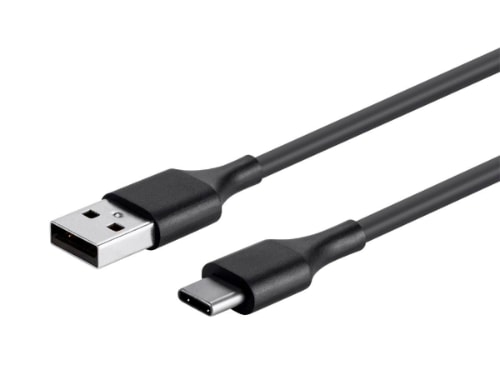 The world of gadgets is changing, and it’s time to start paying attention. Between Apple ditching the headphone jack, USB-C being on everything from laptops to smartphones, and USB-A still being the most used connector out there, things are getting a little bit complicated.

If you’re looking for a simple answer as to which type of port your device should have or what kind of cable you need for your new toy, this article will help you.

USB stands for Universal Serial Bus. USB-A is the most common connection seen on computers today. A USB-A port is a rectangular-shaped receptacle that has four pins on the inside of it. USB-B is another type of connection that some older devices have, but it is not as common as USB-A.

The idea for a universal serial bus was first proposed in 1994 and by 1996 was a standard with the release of new PC motherboards from Microsoft and Intel. The plug itself wasn’t finalized until 1998, but many improvements have been made to this design since then.

In 2014, the USB Implementers Forum, Inc. introduced a new standard connector called USB Type-C Connector. The main goal of this standard was to create one port that can replace all other ports on any device with just one common connection option.

USB-C is a small connector type with many benefits. The USB-C connector is smaller than the current connector, and it is reversible, which means you can plug it in without worrying about which way it is facing. The USB-C connector also supports more protocols and standards than older connectors so that you can transfer faster data speeds and more efficient power delivery with just one cable.

The USB-C connectivity has been built into laptops. And now it’s starting to be built into phones and other devices. While USB-C is a small port, it’s also powerful and efficient for its size.

What Is the Difference Between These Two Types of Ports?

Both types are relatively inexpensive when compared with other technology, but the price for USB-C cables and devices is slightly higher due to the new technology.

USB-C is smaller than its predecessor, making it more portable and easier to bring on trips or with you when traveling. Since most people now use laptops instead of desktops, this port advantage may be very beneficial for users who want something lightweight and easy to carry around that still offers high bandwidth.

USB-C may be superior in some ways, but not every device has this port. Your laptop may not support this, and neither might the new phone that you just bought. It is crucial to consider compatibility before making a purchasing decision. 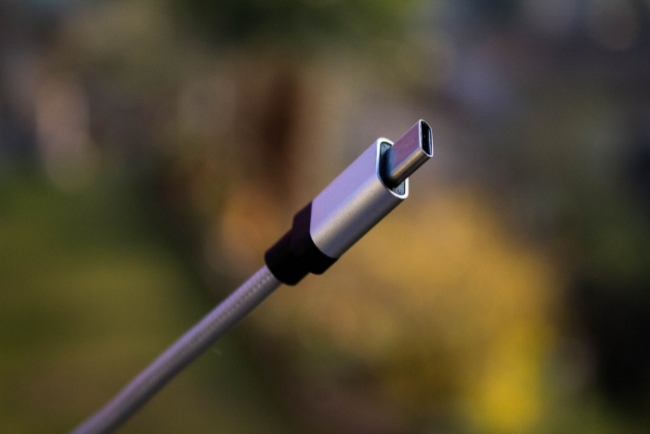 One of the most significant advantages that USB-C poses over its predecessor is charging speed. It can charge your laptop, phone, or tablet at much faster speeds than what was possible before. This makes it easier to get a full battery without having to wait around for hours while it charges up.

The USB-C port is much easier to use than USB-A. Instead of flipping the cord around and trying to find the correct way it connects, you can simply plug in your device with no hassle or confusion since it goes in either way.

Why Are There So Many Different Kinds of Connectors?

In the past, there have been a few different types of connectors that exist. For example, Apple has its own proprietary port, which is not compatible with anything else in existence at this time.

Other phones may use USB-C or micro USB cables to charge and transfer data between devices; still, others may utilize wireless charging technology instead.

The variety of connectors and cables exist due to the different technologies, sizes, speeds, and capabilities of devices. Each cable serves a specific purpose when transferring data between two devices; it all depends on what you need out of your connection.

How to Choose Which Type of Connector Your Device Should Have

There are a few essential things to consider when choosing which type of connector your device should have.

First, you need to consider the size and shape of the port available on your devices. In addition, it’s very helpful to think about what types of devices you will connect to this port in the future. Will they all be the same type of port, or will you need a variety?

Finally, consider the speed and power that your device needs to charge and transfer data. If you’re using a laptop as an example, consider how long it takes to charge and whether you need a laptop that can be charged quickly. If so, then USB-C may be the best option for your needs because it can charge laptops much faster.

Which Cable Do You Need for New Gadgets?

With all of this information in mind, you should now have a better idea about which type of cable or connector to use for your particular needs. If you’re unsure what kind of device to purchase next and want something versatile with many capabilities, USB-C seems like the best bet because it allows users to connect almost any new device.

However, suppose you are only connecting to one specific type of device, such as your laptop or phone that doesn’t use USB-C. In that case, it may be better to go with something like USB-A since these cables make it easier for users without the newest devices to connect their gadgetry.

Are USB-C and Thunderbolt the Same?

No, they are very different.

USB-C is a newer standard of connector that was designed to make it easier for users to connect their devices and transfer data between them.

Thunderbolt also connects devices quickly but with an entirely different technology than what USB-C uses.

Additionally, USB-C and Thunderbolt use the same connector but have different features. Thunderbolt allows users to connect their devices with a faster high-speed data transfer technology than USB-C and exists only in the thunderbolt port.

USB-C is compatible with a wide range of devices, while thunderbolt ports are only found on a few devices.

These connectors serve similar purposes, but each has a few key differences that allow them to be used on different devices with different speeds and capabilities.

Ultimately, it all comes down to what you need out of your connector when choosing between these options.