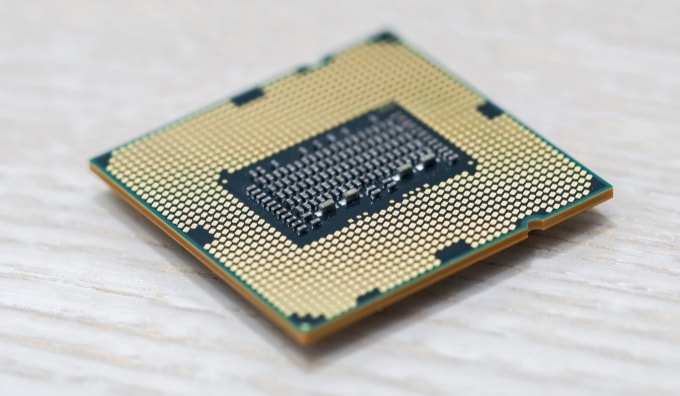 The competition among tech giants is fiercer than ever before. As each company tries to outperform its rivals, the differences between their flagship products become so narrow that ordinary people barely even notice them.

Such is the case in the world of CPUs as well. Currently, Intel and AMD are the leading giants in CPU manufacturing, and people often wonder which of these flagship CPUs is better than the other.

Before we compare Intel Core i7 against AMD Ryzen 7, it is crucial to have a preliminary discussion on what exactly these two chips are and what they offer. This discussion will directly guide our judgments on which chip offers better performance.

One thing you should remember, though, is that what we are about to discuss will be strictly on-paper information. This information alone can not and will not determine which chip is better.

That question can only be answered by the actual consumer experiences, which determine whether or not these chips actually live up to the claims they make on paper.

Intel Core i7 is the name of the fastest, most advanced version of Intel processors that are intended for consumer-oriented laptops and computers.

The Core i7, like its predecessor core i5, features Intel’s latest turbo boost technology and is available in both 2 and 6 core versions. Such processing power allows these chips to support up to 12 different threads simultaneously.

The clock speed of the i7 processor ranges from 1.70 to a staggering 3.90 GHz. And the processor allows cache memory from 4 – 12 MBs. The Thermal design power or TDP range of Intel processors goes all the way up from 15 watts to 130 watts.

Finally, using its latest EEC (error correction code) technology and Intel platform protection security (Intel OS guards), this CPU ensures a solid fort of security for your device and protects it against attacks. 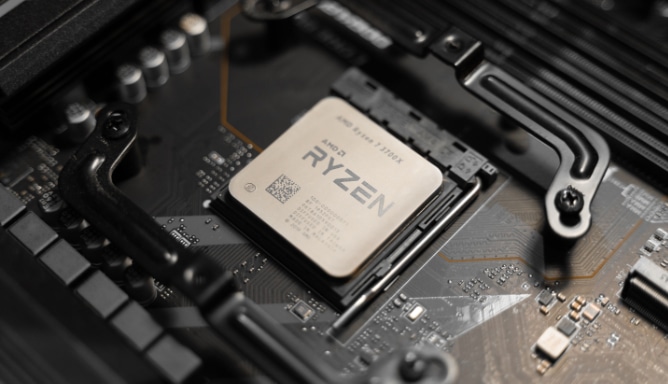 Now that we have a fair idea of what Intel’s flagship has to offer, let’s discuss what the AMD Ryzen 7 brings to the table.

The AMD Ryzen 7 comes as a solution to the growing need for high-performing processors in the ambit of professional gaming as well as other CPU-intensive activities, like creating and rendering 3D modeling, video transcoding, and CAD software.

This superpowered chip provides customers with many customization choices that involve unlocked multipliers that allow customers to tune the processor’s performance.

Other supporting features like the DDR4 memory alongside the PCIe (Gen 3/4) and more all come together into this processor to pack a powerful punch that allows the Ryzen 7 to take on incredibly large amounts of workload.

Furthermore, the new Ryzen technology (AMD SenseMI) plays its part in ensuring that the consumption of power is kept well in check and that the battery of the host device is used up wisely- undoubtedly, this is a vital feature to look for while choosing between processors.

This revolutionary technological blend of Precision Boost and Pure Power enables the AMD Ryzen 7 to modify automatically and dynamically it’s in tiny increments, which go as little as 25MHz to ensure that the CPU’s performance is optimized.

In addition to this powerful pack of features, the XFR (extended frequency range) technology of AMD Ryzen 7 serves to self-adjust the processor’s clock speed to ensure that the cooling system for the chip works effectively.

Finally, the Ryzen 7 employs artificial intelligence technology called 5 Neural net predictions to recognize patterns in how consumers use the apps on their devices. This data allows this CPU to predict when certain apps might be opened.

This information ultimately helps this CPU load these apps quicker, making intelligent use of its power handling abilities.

Comparison at a Glance

Below is a table that enlists comparable features of the Intel Core i7 chip and the Ryzen 7 chip.

A Detailed Comparison Between Intel Core i7 and AMD Ryzen 7

So far, we’ve touched over and compared the main features of these two chips listed on paper.

As we mentioned earlier, on-paper data about chips do not decide which chip wins against the other. The real test of a chip’s superiority lies with the actual performance that it is able to deliver as opposed to that which it claims to deliver.

This performance is measured by our data on the actual customer experiences that these two chips offer.

For simplicity, in the following sub-sections, we will compare the Intel i7 chip against the Ryzen 7 on the three main fronts that largely determine a chip’s worth. These are:

Before reading our analysis ahead, you should be mindful that these two chips are more alike than different.

This means that both of them are pretty good options in terms of performance. So, any edge that one has over the other along the three fronts of comparison below will only be by a negligible margin.

Popular consensus crowns Intel Core i7 to be better at handling battery life more effectively than the Ryzen 7 chip.

Whether we are talking about mundane (low intensity) tasks like streaming movies or about performing processor-intensive activities like gaming, video editing, and 3D modeling, it seems that Intel Core i7 persistently outperforms AMD’s Ryzen 7 chip.

In fact, many people also report that even the AMD Ryzen 5 is able to outperform AMD Ryzen 7 in this respect. Safe to say that AMD really dropped the ball in terms of the chip’s battery consumption. Hopefully, they will bridge this gap through better processor performance.

As it turns out, both processors are reported to have shown an unimpressive performance in gaming. The Ryzen 7 has sometimes proved adequate when coupled with the correct hardware but judging these two chips independently clarifies that neither is ideal for gaming.

Of course, both these chips can perform pretty well when it comes to lighter games, but right now, we are talking about heavy games that really test the capabilities of processors.

Since the Ryzen 7 does have a slight edge over the Intel Core i7 in this arena, we can say that it takes the lead (although only slightly) against Intel’s flagship when compared for gaming performance.

Our final front of comparison is multimedia editing performance. While the on-paper statistics tell us that both of these processors should have about the same computing power, it turns out that The Intel Core i7 has a slight edge in terms of multimedia performance over the Ryzen 7 chip.

It just so happens, whatever the reason may be, that Intel consistently outperforms (albeit only slightly) the Ryzen 7 chips when running Multimedia apps that involve processor-intensive work.

Interestingly though, the Ryzen chip is reported to outperform Intel’s flagship only when rendering processor-heavy programs – see what we meant when we said the competition is close?

By now, you must’ve realized that the competition between these two flagships is extremely close, and you wouldn’t be wrong if you concluded that it is perhaps too close the matter and that any consumer could choose one over the other.

Still, if we have to pick a winner, it will depend on what type of work you perform on your laptop the most- if you use multimedia more, go for Intel Core i7, but if you use your laptop for gaming, you should go for the Ryzen 7 chip – although you should remember that neither of these two chips is ideal for gaming.