If you are a frequent visitor in review sites or forums, you must have heard of ‘Stealth VPN’ before. However, you may not know what the term means or how it works. This article helps you with that by introducing to you what ‘Stealth VPN’ means, how it works, and when and why to use it.

What is Stealth VPN?

Stealth VPN is a VPN protocol or server capable of disguising VPN use as regular web traffic. It can mask VPN traffic even when a firewall or network administrator subjects it to deep packet inspection. The term takes its name from “stealth,” the famous phrase that describes the Airforce planes capable of staying invisible from radar.

As these planes, Stealth VPN is invisible from the detection of firewalls and other applications to stop VPN traffic. In some countries, some firewalls block VPN traffic. These are countries that censor or restrict access to the internet, such as The United Arab Emirates, Iran, Cuba, Pakistan, and the most famous of all, China.

A network administrator may also block access to the VPN of a school network or office. It is often done when the administrator wants to control better and monitor network activity. Since VPN blocking became common, Stealth VPN also comes into play to evade the standard blocking techniques and create a secure VPN channel through the firewall.

The idea behind Stealth VPN is to make the VPN traffic to look like normal web traffic. This ability is the most significant advantage that it offers. It is essential because while VPN helps bypass the internet restriction, its use alerts the network provider and makes them wonder why you are using VPN in the first place. Before discussing how Stealth VPN works, it is best to talk about a few things about the subject, especially protocol.

What is the protocol?

Protocol or access protocol is a set of rules, guidelines used to exchange data in a computer network, such as the Internet, Intranet, LAN, etc. Every protocol comes with a set of rules and guidelines, which are defined individually. Each one also has its unique name. One of the most common protocols you have heard of before is HTPPS. HTTPS is the secure extension of HyperText Transfer Protocol or HTTP, which helps transmit data over the Web.

Whenever you visit a website through your computer, the data being sent is regular HTTP traffic. It is why you can see that the URL of the site is written like this: http://ThisIsAWebsiteExample.com. As with HTTPS, this one is an HTTP traffic that is encoded using SSL or TLS encryption.

Every day you are using HTTPS protocol, although you probably don’t realize it. Whenever you log in to websites such as Facebook.com, into your credit card account, or online bank account, you are using HTTPS encryption. With this protocol, you can be sure that another person who uses the same internet connection cannot steal your login and password information.

You can determine that a website uses HTTPS encryption when you see the ‘HTTPS’ before the ‘www’ of the site and the ‘lock’ icon in the browser. Google also uses this protocol 100% of the time, ensuring that your search history is also fully secured. A router or firewall easily identifies the HTTPS traffic since it only uses port #443.

Stealth VPN uses this knowledge to make your traffic appear like normal web traffic. If you use a VPN, your traffic will not look like HTTPS, and that will alert the network provider and the authority. Using a VPN is illegal in other countries, and it suggests that you may be doing something suspicious on the Internet.

It gets complex when it comes to how Stealth VPN makes VPN traffic look HTTPS traffic. VPN providers can create a VPN that cannot be blocked or at least one that is hard to block by using OpenVPN encrypted data when the VPN is connected. The OpenVPN has two parts, which are:

The header part is the one that includes the information used to identify the packet’s source. It also contains the port number and the information that will recognize the packet as OpenVPN data. Obviously, you can’t allow this to happen, so it is necessary to strip away the data’s header part.

This is where the second step of the process takes place. Stealth VPN uses “Obfuscation.” This technique removes all metadata contains that recognizes the data as a VPN protocol from the packet header. It is similar to removing an appliance’s serial numbers, brandings, and all other labels. Therefore, it becomes challenging to identify the manufacturer or, in the case of the traffic, whether it is a VPN or regular traffic.

The third step involves the essential part, which is disguising the data as HTTPS. It involves transforming the header data, which is possible by using two essential characteristics of HTTPS. Stealth VPN can cloak HTTPS data using SSL/TLS Encryption and Port #433. First, the data is wrapped in a second layer of SSL or TLS encryption.

With this, the header part begins looking more like regular HTTPS traffic. At the same time, the data’s payload becomes doubly secured. Secondly, VPN protocols use the obfuscation technique again to reroute the data to port #443, the port used by HTTPS traffic. This enables Stealth VPN to cloak VPN as normal HTTPS successfully.

Following these steps, the data packet becomes virtually indistinguishable from normal data traffic. As such, it is almost impossible to block a VPN when accessing Facebook, Google, or other sites. If you want entirely safe and secure surfing through the internet, using Stealth VPN is one of the best ways.

Most Stealth VPNs use OpenVPN encryption. This encryption is often used because it provides the best speed, security, and compatibility across platforms. However, there is another Stealth protocol besides OpenVPN. This one is called the SSTP or Secure Socket Tunneling Protocol. This protocol is available only on Windows machines, which is why no all providers often use it.

While not common, this protocol does have an excellent advantage. SSTP uses a native SSL encryption as the lead encryption algorithm. This encryption is a lot harder to block since it does not involve the first two steps that the typical Stealth VPN use. SSTP only has to select port #443, and with that, it is already capable of evading any blocking attempts.

Why and when is Stealth VPN ideally used

There are certain instances where Stealth VPN is essential or applicable. For example, if you live in countries like China, Iran, India, UAE, Egypt, Russia, or other censored countries. If you live in one of these nations, you probably find it hard to access your favorite online platforms, websites, and online services.

Using Stealth VPN enables you to visit these sites since this VPN effectively bypasses any blocking efforts. Stealth VPN is also useful if you live in countries where a VPN is a crime. In this case, it is crucial that you use an undetectable VPN to avoid the authorities but still access the sites you want to visit.

Stealth VPN is used in other situations due to the standard VPN being blocked, such as schools or offices with a strong firewall. Furthermore, Stealth VPN helps increase speed, especially if your VPN connection is getting throttled by ISPs.

Lastly, Stealth VPN is ideal if you are a super private person. It is the ultimate protection you can use to avoid spy agencies, especially when they realize you use VPN. Using a Stealth VPN, your VPN data will be camouflaged with other HTTPS traffic that was submitted daily and be able to evade prying eyes.

Only a few VPN offers a stealth feature on their service. If you live in a country that restricts access to social media such as Facebook, Twitter, Reddit, even though you already use a VPN, Then you may need Stealth VPN. Here is our Favorite VPN That has been tested and has impressive features.

Torguard is a trusted VPN service that can use Stealth VPN and allowed you to torrent anonymously with fast download without getting worried about your privacy and security. We already write a review of how Torguard VPN is the best choice considering they have a lightweight app, including for google chrome, desktop, and mobile.

In this age, where many countries stop the use of VPN and free access to uncontrolled internet, Stealth VPN becomes not only useful but something of a mandatory policy as well. If you are a supporter of internet freedom, you realize how unfair it is to have your surfing privileges restricted.

With Stealth VPN, one can protect their internet freedom by obfuscating a normal VPN to look as if it is normal internet traffic. Right now, there are many highly recommended Stealth VPN providers, including TorGuard. Each one is offering incredible advantages and features designed to make your Internet experience a lot better.

Whichever Stealth VPN provider you use, ensure that it has all the capabilities you are looking for in a VPN provider. Take time to get to know the provider and learn everything you can about the service. Once you read reviews and listened to what other users have to say, you can decide which Stealth VPN is perfect for you. 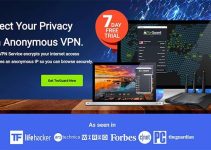 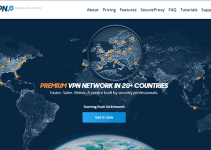 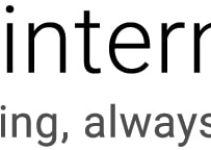